CEO100 serves the unique needs of sophisticated CEOs who run complex companies but simply don’t have the same resources as Fortune 500 companies.

CEO100 members gain access to unbiased advice, ideas and support on their most pressing strategic, organizational, board and personal leadership issues from peers who are or have been in the same situations and learned important lessons they are willing to share.

Members also get expert advice from our world class CEO mentors who have run large corporations such as Home Depot, Pharmacia Upjohn, Stanley Black & Decker and Bausch & Lomb and are willing to share their experiences, advice and, yes—mistakes—with fellow members.

You don’t have to make key decisions alone anymore, without the benefit of hindsight and insight. Peer into the future with a network of CEOs who have been there before with comparable companies-- and are willing to help you navigate your challenges and opportunities.

CEN provides uncommon wisdom combined with real-world experience that only fellow CEOs can provide. This allows members to receive actionable takeaways from each meeting to improve company performance and avoid costly mistakes.

Here are a few samples of topics our members will discuss at upcoming meetings:

Fill in the form below and our team will provide you information on membership. 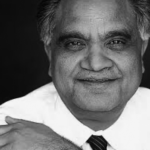 Ram Charan is a world-renowned business advisor, author and speaker who has spent the past 35 years advising many Fortune 500 CEOs including the CEOs of Ford, MeadWestvaco, Bank of America, DuPont, Novartis, EMC, 3M, Verizon and Tata Group.,

Ram is known for cutting through the complexity of running a business in today’s fast changing environment to uncover the core business problem. He has also authored many best-selling business books including Execution (with Larry Bossidy), Talent Wins, The Amazon Management System, Boards that Lead and The High Potential Leader. His real-world solutions have been praised for being practical, relevant and highly actionable — the kind of advice you can use Monday morning. He received a B.S. degree in chemical engineering from the Imperial College at the University of London and an M.B.A. from Harvard Business School. Mr. Hassan has chaired significant pharmaceutical industry organizations including The Pharmaceutical Research and Manufacturers of America (PhRMA) and The International Federation of Pharmaceutical Manufacturers Associations (IFPMA). He is also a member of The Business Council. Mr. Hassan’s book, “Reinvent, A Leader’s Playbook for Serial Success,” was published by Wiley in February 2013. He was recognized as CEO of the Year by the Financial Times and Institutional Investor. During his 12-year tenure, he orchestrated the merger of Stanley Tool and Black & Decker to form the world’s largest tool company and grew revenues more than 5x, market capitalization  more than 7x, and total shareholder return over 400%. Prior to SBD, he spent 25 years at Georgia Pacific and its predecessor companies. He is a graduate of Dartmouth College and received an MBA from Stanford University.

He is currently a Senior Advisor to Bain and Company and serves on the Boards of Visa (NYSE: V), Callaway Golf (NYSE: ELY) and the Advisory Board of American Securities. He served on the Board of Staples (NASDAQ: SPLS) and its transaction subcommittee, through its sale to Sycamore Partners in September 2017. While at Stanley, he served on the Business Roundtable, Business Council, G100, Prium, was Vice-Chairman and Member of the Executive Committee of National Association of Manufacturers) and a member of the President’s Advisory Council of the U.S. Chamber of Commerce. Widely recognized as one of the best operating executives in the United States, Bob Nardelli has grown the sales and profits of a number of multi-national corporations. During his nearly 30-year tenure at the General Electric Co., he quadrupled operating profits for GE Power Systems. As the Chairman and CEO, he then doubled the size of The Home Depot and helped save Chrysler Corp. and its iconic brands during the financial institution meltdown.

His new firm, XLR-8, LLC, Investment & Advisory Co., combines his 40-plus years of experience augmenting business performance with a team of professionals that has unparalleled skills in fixing and growing companies. XLR-8 helps companies identify weaknesses and improve performance. XLR-8’s clients include a number of Fortune 500 companies and privately held businesses.

Click the button above to fill in the form on this page for more information on CEO100.