Profit from the experience of your industry-specific CEO peers. Chief Executive Network (CEN) allows you to profit—personally and professionally—from peer CEOs in your industry who have first-hand experience with the challenges and opportunities you face and are committed to your success.

Peer into the future and spot new opportunities. As the CEO, you are uniquely responsible for synthesizing technology, customer, competitor, societal and economic trends. CEN provides peer and expert perspectives that can help drive your organization's future.

Maximize your effectiveness in minimal time. In just a few days a year, you will identify and concentrate on those initiatives that can have the greatest impact.

Proven ROI: Don’t Take Our Word for It

“When another CEO was discussing his bank line of credit, I discovered that I was paying 75 basis points more than the lowest rates (3/4 of 1% per year). The other CEOs gave me the names of their bankers who lend to our sector and offered to make introductions. When I went back to my bank and said I was going to be leaving and why — my local bank cut my interest rate by a whole point to retain my business. This was worth over $300,000 per year — over $2 million during the life of the loan.”

“I was discussing with my group how my employee health insurance costs were going to increase over 20% for the next year. I discovered that I was already paying over 50% more per employee than some of my peers. Two of the other members described their captive insurance programs and the benefits/savings with their approach. I ended up moving to a captive insurance model too and am saving 30% — which is over $500,0000 per year.”

“When I got promoted to the CEO job, I was weak on financial metrics (I had been the SVP of Sales). I explained to the group that my company had a profit issue — was losing over $100,000 per month — and that if I couldn’t reverse the trend by growing sales, my company would hit the wall and go bankrupt within 6 months. The group diagnosed my real problem — which was a bloated executive team payroll. - and they encouraged me to cut out the dead wood and lower performing executives quickly. I did that — eliminated over $200,000 per month in payroll within 3 months — and has been profitable and growing ever since. My CEN group saved my company.”

"Probably the biggest bottom line impact was a session that drove a more aggressive pricing strategy. We are more aggressive today around pricing our services due to that session alone. I’m confident that has impacted our profits by well over $100,000 by itself."

"During an Ex-Officio Meeting in 2011, I was given advice by 5 other CEOs in the room, all German nationals. We were contemplating an acquisition of a competitor in Germany, and the advice I received that day allowed me to close on a very successful acquisition. With Germany as our new European base, we were able to grow our international sales from 5% of total sales to more than 50% in just 6 years!"

"My Chief Executive Network membership has helped me achieve:

“I would estimate my group’s input on our ERP challenge saved us over 3 months of time so far and $50K in expenses. I was able to streamline the process using others experience on what worked and what did not. I also used my group’s suggestions on how to manage the change management piece of this project.”

What could your organization accomplish if you could peer into the future?

Chief Executive Network manages national peer networks in a variety of industries and is building new local groups in key markets.
We convene peer networks for CEOs in the following industries: 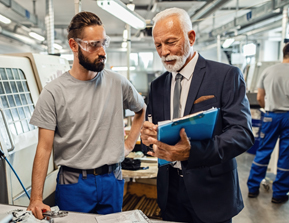 Chief Executive Network is the premiere organization in the world specifically designed to give manufacturing CEOs practical take-home value. 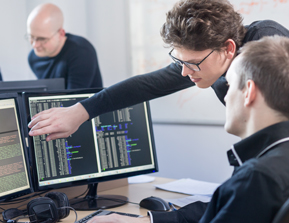 By meeting with the CEOs and Managing Partners of non-competing engineering firms, you can get unparalleled advice, insights and value. Only by meeting with the CEOs & Managing Partners of similar businesses can you get unbiased advice and expert counsel – they are the only other people who stand in the same shoes. 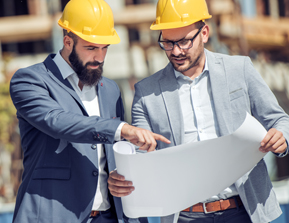 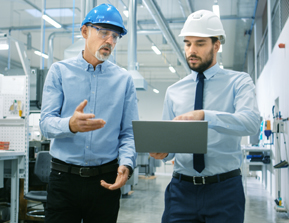 By meeting with CEOs and owners of non-competing electrical, mechanical, HVAC, plumbing and other sub-contractor businesses, you will gain valuable ideas, insights and advice to grow your business. CEN provides uncommon wisdom combined with real-world experience. The robust membership base within healthcare provides every CEO with solutions that are highly specific and relevant.

For Your Top & Emerging Leaders:

In addition to CEO Networks, we also convene peer networks for
your senior executives and high potential emerging leaders:

Develop your next generation of leaders.
Learn More